My Experiences as a Follower of Shirdi Sai Baba

I originally hail from a very ardent and devout Brahmin Iyengar family of Srirangam, Tiruchirapalli District, Tamil Nadu State, India. My family are firm and staunch believers in Lord Vishnu. My great-grand father was the 37th Azhagiya Singar, which means that my family were among the Guru/Preachers in Lord Vishnu’s Gurukulam. Mine was the privileged family that was supposed to enter Lord Ranganatha’s Temple first to get the darshan and receive the holy water before the other devotees could do so. 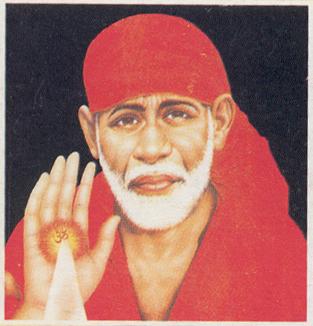 Apart from my rich family history and a strong religious lineage, I was an atheist/agnostic. I was skeptical about the existence of God, though I strongly believed in equality among humans, irrespective of religion, race, caste or creed.

I’m a firm believer that in order to be a true Brahmin, one should practice and preach Brahmanism through words, deeds and action. This has also been enumerated in Sai Satcharitha and in the preachings of Shirdi Sai Baba (see links below).

In December 1994, I started as a senior programmer at Vishesh Technologies Pty. Ltd. in Bangalore, India. I come from an arts (English literature) background, and this was a software firm. So you can well wonder how I got this job!

Prior to this appointment, I had a history of professional failures. Hence, I wanted to be on my own and prove to my family and friends that a non-technical person could perform at a technical job like any technical person. With this firm belief, I took up the challenge to prove my point.

Since I had no software/technical background, I was totally ignorant of what the job entailed. Still, I decided to give it a shot. On the first day I was given a technical assignment that I couldn’t perform. My struggle to play a technical role–for which I had no training–continued for some days. Finally, I was told that if I don’t complete the assignment by the next day, I would lose my job.

Feeling totally frustrated and upset, I walked back to the Ulsoor Guru Prasad Lodge, where I was staying. I remember it very well. It was a Thursday. Walking back with a heavy heart and engrossed in my own thoughts, my footsteps somehow re-traced themselves to the Shirdi Sai Baba Mandir in Ulsoor, Bangalore, which was situated on the same road.

I’d traversed that road I don’t know how many times. But I’d never noticed the Sai Temple, which was right there in plain sight. But that day, I could not only see it, something within me pulled me towards it. It was a strange feeling. As I approached, I found that the Bhajans were being sung. The atmosphere was so sacred, so angelic, so divine that I couldn’t stop myself from entering the temple.

An old man came up to me from, seemingly from nowhere, and handed over a picture of Shirdi Sai Baba. He asked me to believe in Him totally. I have kept that picture to this day.

Intrigued, I asked the old man whether I would go abroad. He replied in the affirmative, saying 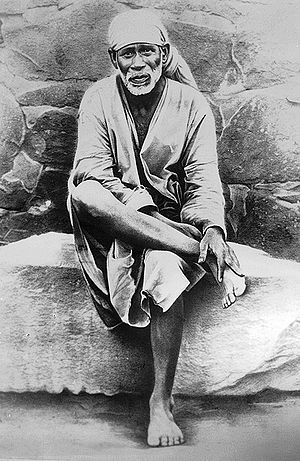 that within a year I would definitely go abroad. His words proved prophetic. In December 1995 I had a chance to go to Germany–once again for a technical job.

The next day I went back to work at Vishesh Technologies Pty. Ltd., knowing it would be my last day. My thoughts were confused. I had no hopes. Yet, miraculously, I was able to perform all the work I hadn’t been able to do the previous day. I even successfully completed some difficult forms.

Not only did I retain my job, within a week I was made the project leader. Later, in 1995, I was hired by Grafische Informatik in Germany, moving abroad permanently. From there I went to Singapore. And finally to the USA.

I could keep writing page after page about Baba’s leelas and miracles in my life. But I must cut it short as brevity is the soul of consciousness. My experience is, I feel, an amazing story of how an ordinary person can be catapulted into something so alien and yet have it become part and parcel of who he is–and it happened simply through the divine intervention of Lord Shirdi Sai Baba.

Even this article would not have been possible without Sai Baba’s kind indulgence and intervention. I bow my head to the Lord and my Savior in life for His kindness and mercy. I shall always remain humbled and indebted.

Sridhar Rangaswamy is the founder of Sai Sharan, Inc., a non-profit organization started in September 2001 to sponsor charitable activities and community services for the Orlando community.

• The last of the preceding links is to a video of a truly historic spiritual event in which both Hindus and Muslims pay tribute to the teachings of Shirdi Sai Baba, whose teaching is the focus of Sridhar Rangaswamy’s personal testimony above.

As Dr. Deen Khandelwal, a member of the Executive Committee of the Interfaith Council of Central Florida, puts it: “Sai Baba is loved by both Hindus and Muslims around the world. But singing has always been in Hindi. This is unique, where half the program is with a Muslim base, and the second half with a Hindu base, all with Indian music. Those who understand the languages, of course, will enjoy the video much more.”

Below are selected additional comments from people who’ve watched the video:

“Deep down within the heart, all human beings are the same. It’s only the manifestation [that varies].”

“Thank you. Wonderul. Unimaginable. Arab Muslims singing bhajans [Indian devotional songs]. All Muslims are not violent/terrorists. Islam also has similar principles, like Truth and Non-Violence. Extremists have brought about a bad name to Islam, like many other religions. Religions don’t teach hatred. If ALL people respect others’ religions, there could be peace and amity around the world. It is the responsibility of sane people to participate/socialize in each others’ festivals etc.”

“Good to see a group of Arabs from the Gulf at that Sai Baba Centre near Bangalore. Both, Hindus and Muslims paying their respects to Sai Baba. Amazing! The world is certainly changing for the better.”

“Devotees of the Middle East and Gulf–Bahrain, United Arab Emirates, Oman, Qatar, Kuwait, Saudi Arabia, Turkey, Iran and Syria–provided an Arabic flavour in Prasanthi Nilayam. The Sai Kulwant Hall was fittingly decorated for the occasion with the holy crescent adorning the Gopuram in the centre of the hall.”